Michael Oleaga is an award-winning journalist from New York City, largely focusing in online media. He is the senior editor for Voice Latina, a multi-platform content hub created to bring awareness of the impact and influence U.S. Latinos are having on America’s growth through original and curated video and/or audio web content.

Michael was the politics editor for Latin Post and reports on U.S. and international news with a focus on Latinos and millennials.  He previously served as the primary reporter for Latin Post’s “Turnout” politics series, interviewing politicians, government leaders and advocacy groups about issues affecting the Latino electorate. During 2016, Michael has solely committed to other endeavors including activities for nonprofit organizations. 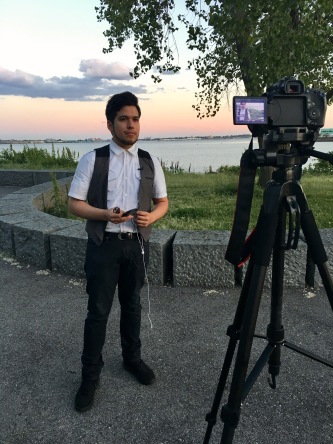 Michael began his journalism career as a photographer and Feature Editor for Pace University’s Pleasantville and Briarcliff Manor’s campus newspaper in 2009. Later, he went on to become the founder and editor-in-chief of The Pace Chronicle newspaper in 2011, which went on to win Best Feature Story from the New York Press Association and General Excellence from the American Scholastic Press Association, the first newspaper awards for the University since 1999.

Outside of journalism, he is a Model United Nations enthusiast. Since 2012, he is a staff member for the nonprofit SRMUN, Inc., which holds conferences in Atlanta, Georgia and Charlotte, North Carolina. Michael’s SRMUN roles has ranged from Assistant Director, Director, Deputy Director-General, and most recently Director-General, leading more than a dozen staffers through a rigorous, and successful, writing and procedural process. Since November 2017, he is a member of SRMUN’s Board of Directors. In addition to providing insight and assistance for upcoming conferences, Michael has been using his Board role to build the nonprofits digital footprint and media presence, that includes video content and an upcoming promotional video with an anticipated December 2018/January 2019 release.

Michael is a graduate from Pace University in Pleasantville, New York, with a Bachelors of Arts in communication arts and journalism and political science. He also had some spare academic time to minor in peace and justice studies.

View this document on Scribd
Advertisement